The idea to celebrate International Mother Language Day was the initiative of Bangladesh. It was approved at the 1999 UNESCO General Conference and has been observed throughout the world since 2000.

UNESCO believes in the importance of cultural and linguistic diversity for sustainable societies. It is within its mandate for peace that it works to preserve the differences in cultures and languages that foster tolerance and respect for others.

Linguistic diversity(link is external) is increasingly threatened as more and more languages disappear. Globally 40 per cent of the population does not have access to an education in a language they speak or understand. Nevertheless, progress is being made in mother tongue-based multilingual education with growing understanding of its importance, particularly in early schooling, and more commitment to its development in public life.

Multilingual and multicultural societies exist through their languages which transmit and preserve traditional knowledge and cultures in a sustainable way.

Spain is a multilingual country where four different languages ​​are spoken. Three of them have evolved from Latin, brought by the Romans, and they are:  Castellano,  Catalán and  Gallego. The fourth language is Euskera; a pre-roman language whose origins are still unknown. The official language of the state is Spanish or Castilian.

There are several bilingual regions in Spain which share their own language with castilian or spanish: Catalonia, Valencia and the Balearic Islands (where Catalan is spoken), Galicia (where Galician is spoken) and País Vasco and Navarra (where Euskera is spoken). The following pictures are taken from notebooks belonging to students of the first year of secondary education, where they study this topic widely: 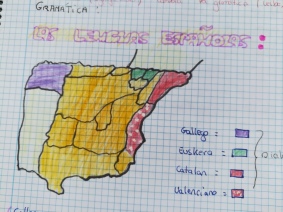 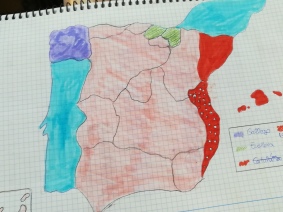 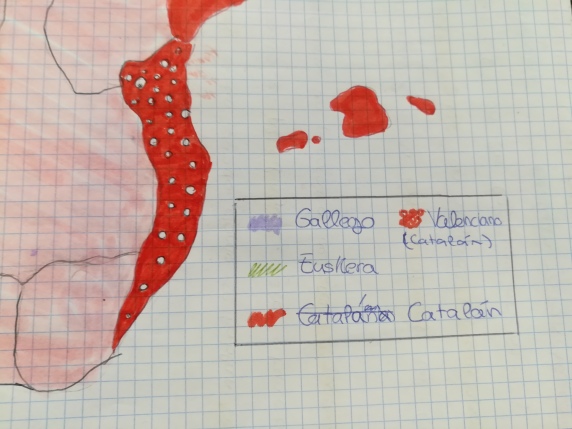 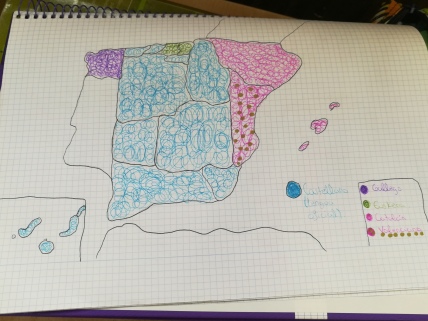 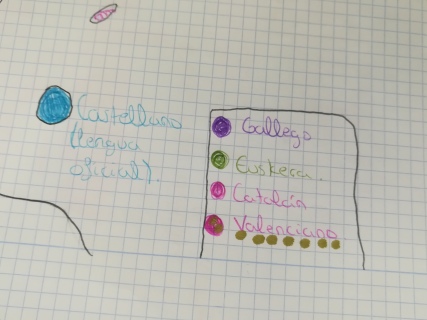 In addition there are different geographical variations of Castilian (Andalusian, Extremeño, Murciano…) with differences mainly in the accent and pronunciation of some sounds

And to conclude, two historical dialects from Latin still remain that did not evolve as languages: they are the “Astur-Leonés and Navarro-Aragonés. They are spoken by very few people and in very specific areas.

In our region we only speak Castellano but in some areas the old Astur-Leonés dialect is still spoken.

Catalan is called “valenciano” in the region of Valencia ,and they claim for it to be a different language.

Speakers of Castilian can understand “Gallego” and “Catalán” perfectly as they have the same origins.

How about your country?

Please, leave a comment about the language situation in your countries. 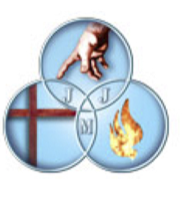